Check it! For your consideration, we just be added a bunch of new items for preorder at Lady Death Store!   LADY DEATH: MERCILESS ONSLAUGHT COMIC MARKET EDITIONS! Lady Death: Merciless Onslaught #1 will be hitting local comic shops in August with exclusive Comic Market Editions! Preorder your copies directly from the source and get Brian Pulido’s signature for FREE at your option!   LADY DEATH: MERCILESS ONSLAUGHT #1 –

Christmas is right around the corner and we’ve got some special year-end MADNESS brewing here at Lady Death Store! Do you want to know more? Read on! THE LADY DEATH STORE AFTER HOLIDAY PSYCHO SALE! Starting December 26 at 12:00AM (MST), most everything* at Lady Death Storewill be 20% OFF for the entire weekend! These promotional savings will be automatically deducted from your subtotal during order checkout (no coupon code will be required)! *These promotional savings

How would you like to OWN A PIECE of Coffin Comics history?!? Through a special consignment arrangement with Lady Death: Chaos Rules #1 interior artist Dheeraj Verma, we’re pleased to offer ORIGINAL PENCILED ARTWORK FROM NEARLY 30 PAGES OF LADY DEATH: CHAOS RULES #1! That’s right — the original art from over two dozen pages are being offered from the very book that relaunched Lady Death under the direct supervision of creator Brian Pulido! Starting Friday, July 10

The next stop in the LADY DEATH: RESURRECTION TOUR is the Windy City for C2E2, taking place April 24-26, 2015 at McCormick Place in Chicago, IL! You can find Brian Pulido and Coffin Comics at Table S1 in Artist Alley! Need a map? Here’s one!             Brian loves meeting his fans and is happy to sign your books and  swag at the show — but he asks that you please consider

Lady Creator Fills in the Blanks Lady Death has a long and storied history in comics, but also a multitude of publishers. We caught up with Lady Death creator Brian Pulido to learn exactly what’s going on.   Q. We are here during the Kickstarter campaign of Lady Death: Chaos Rules #1 from your imprint, Coffin Comics and wanted to understand the recent behind-the-scenes of the character. Lady Death 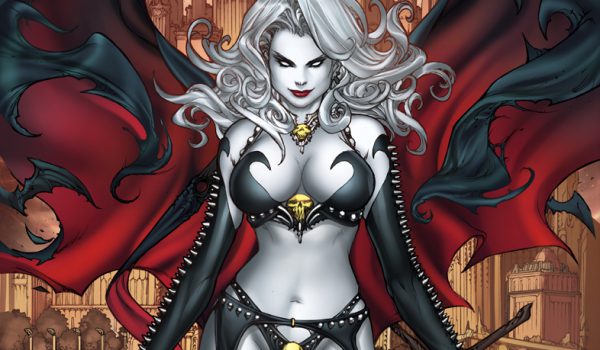 BRIAN PULIDO LAUNCHES COFFIN COMICS AS NEW HOME FOR LADY DEATH New universe for fan-favorite character starts in 2015   SCOTTSDALE, AZ (October 9, 2014) – Via an agreement with current publisher Avatar Press, Lady Death creator Brian Pulido has announced that he is once again the sole owner of the character, and will start a new publishing company to host new adventures for Lady Death in 2015. Pulido will

Tomorrow, the Lady Death 20th Anniversary Celebration begins! In addition to Lady Death #1 Legendary Edition announced earlier this week, two more editions, along with the next Metallicard™ will be available for preorder at Coffin Comics Shop! Preorders launch tomorrow (February 7, 2014) at 9:00AM Mountain Standard Time! More details at the Official Coffin Comics Blog! 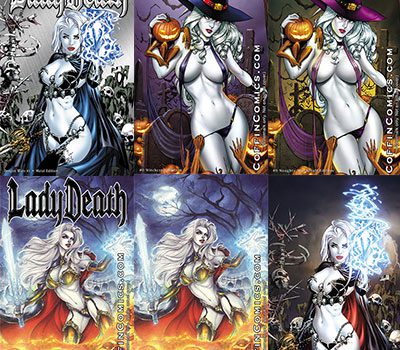 NYCC starts at 3:00PM EST today! Come visit Brian Pulido’s table in Artist Alley (North Building, Table Z-1) to check out the new exclusives and get your stuff signed! This is gonna be a KILLER SHOW – we hope to see you there!   Can’t make it to the show? We’ve got you covered! You can preorder the NYCC Lady Death exclusives at Coffin Comics Shop right now! Exclusives ship October 23, 2013! 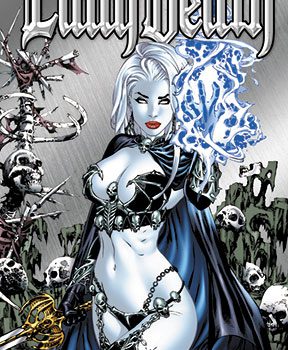 The 2013 New York Comic Con starts today at 3:00 PM EST! Be sure to come visit Brian Pulido’s table in Artist Alley (North Building, Table Z-1) this weekend for a meet/greet and signing! As many of you know, this is a HUGE show (the largest on the east coast!) and many of these great exclusives will go fast! Can’t make it to the show? No problem! You can also preorder