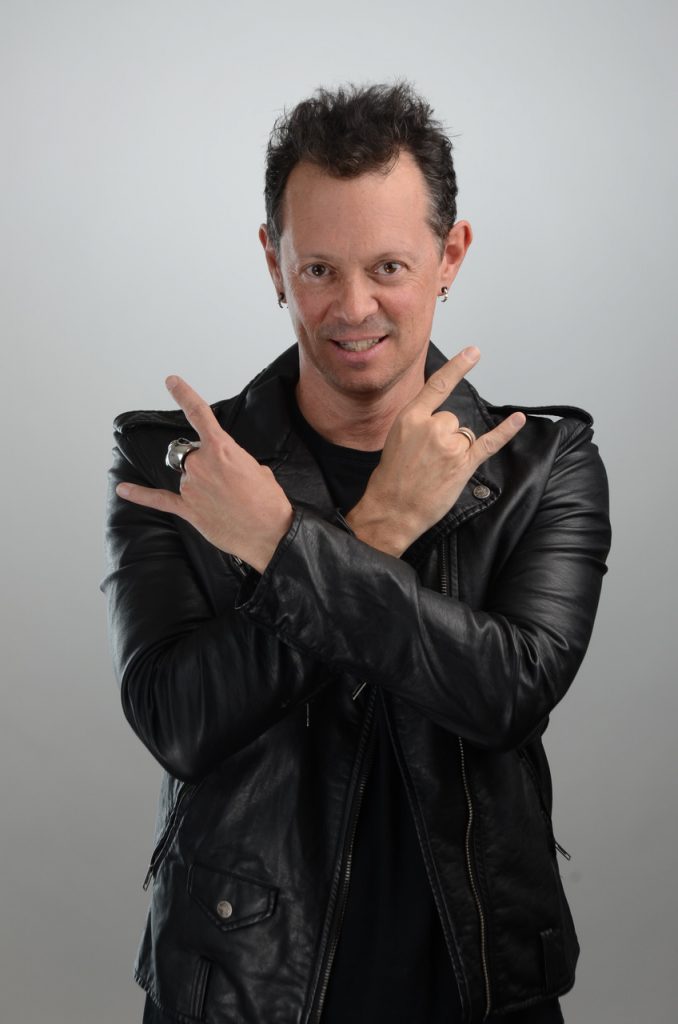 I’ve read and collected comic books ever since I was a little kid. The interplay between words and pictures always ignited my imagination and still does to this day. In the 90’s, I launched Chaos! Comics. With a unique recipe of heavy metal, horror, and the supernatural, Chaos! Comics established its own genre of comics and changed the face of independent comic book publishing forever.

Chaos! roared through the 90’s, building a loyal following of ravenous fans known as “Fiends”, with a stable of characters like Purgatori and Chastity and licensed titles like WWE, Megadeath, Halloween, and Insane Clown Posse. At one point, Chaos!  grew to be the fourth largest comic book publisher in North America.  However, my inexperience and strategic miscalculations led to Chaos! Comics going out of business in 2002. I lost all my creations with the exception of Lady Death. I had failed, and failed big.

I lost all confidence and limped along in a daze for almost ten years. Lady Death was being published, but unresolvable differences forced me to litigate against the publisher. In the settlement, I regained complete control of Lady Death, and frankly, the lawsuit fired me up and gave me my drive back.

By 2015, it had been thirteen years since I had been a publisher. The comic book world had become devoid of the rebel sprit that drives everything I do. I saw an opportunity. But thirteen years is a long time. Would anyone care? I had to know. So, in February 2015, I set my plan in motion. Would it work?

The response was overwhelming and unexpected and ever since that day, we’ve been building on everything we’ve learned about the business of creating and marketing comic books – and having a Hell of a time doing it.

Coffin’s loyal fans called “Fiends” play a critical role in our success. We connect with them in a way that has never been seen before utilizing direct to customer mail order and crowdfunding. We have completely disrupted the traditional comic book distribution system to fill a void we saw in the marketplace. We do it all for the Fiends and in turn, they are “Sworn.” We would be nothing without them and we are grateful for their loyalty. They make us mighty.

Expanding out from a love of world-building, we have created the “Coffinverse”, a shared universe of supernatural characters that includes Lady Death, La Muerta, Hellwitch, and many more to come. Much to our own as well as our fans’ delight, we also produce an incredible assortment of merchandise ranging from guitar picks to statues to apparel, and everything in between.

We have assembled a dedicated, hard-working team dubbed “The Coffin Crew” guided by our visionary President Francisca Pulido. Coffin is more than a company, we are a culture, a way of life. We embrace the outlaw spirit in everything we do. Tell us we can’t and we will prove you wrong. Tell us we shouldn’t and we do it anyway. You either get it, or you don’t.

Our mission is to create fun, happiness and excitement!  We are a positive, fun, entertaining social environment that emphasizes our tasteful, cutting edge style. We’ve branded ourselves “Outlaws” and take the spirit of independent publishing to the next level.

Not everyone gets a second chance and it’s even rarer that the second go round is better than the first. I’m grateful for that chance, thankful for the lessons learned, and proud of what we are building.  I look forward to what is to come, and to delighting our “fiends” each and every day.