Still thinking about the Chaos Rules Original Art by Dheeraj Verma we listed a few weeks ago? OWNING A PIECE OF HISTORY has just gotten easier because we have just reduced the prices on all available Chaos Rules Original Art pages by an additional 10% at Lady Death Store!         These pages are the REAL DEAL! The digital images don’t really do Dheeraj’s intricate penciling of each panel of Chaos Rules #1 justice

The Lady Death: Chaos Rules Kickstarter launches on February 4 at 7:00PM Mountain Standard Time (Arizona)! A lot of you have been wondering what the rewards are and we are now pleased to announce that all the rewards are revealed below! Before we proceed, we have a very important piece of information: We have been fielding a lot of inquiries lately from regulars regarding placing reservations on the Kickstarter rewards. We’d like to say that we’d 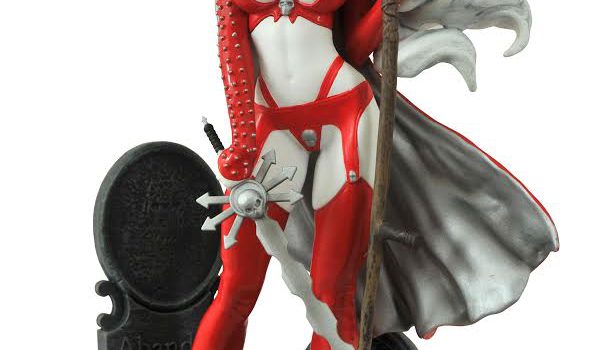 After a year of extensive touring in celebration of Lady Death’s 20th Anniversary, and with the recent news of Brian Pulido’s return to sole ownership of Lady Death, Coffin Comics is thrilled to announce a new and exclusive product just in time for the holidays!       Lady Death III PVC Statue – Scarlet Edition.   A LadyDeathUniverse.com exclusive! A Diamond Select Toys Release! The Lady Death III PVC