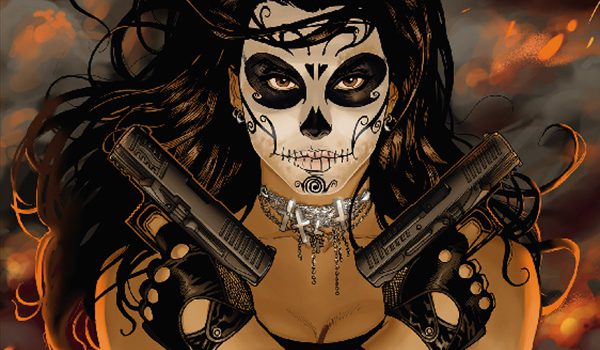 Original graphic novel campaign to launch on November 2, 2015: Day of The Dead SCOTTSDALE, ARIZONA (October 30, 2015): Coffin Comics announced La Muerta #1: Descent, a 48 page full color original graphic novel due to launch on Kickstarter on November 2. Set in the present day, La Muerta is the story Maria Diaz, a soldier returning from a tour of duty in Afghanistan to be reunited with her family on