WHAT THE HECK IS TURBO CHARGING?

Each week while the Nightmare Symphony Kickstarter campaign is live, one or more of our reward tiers will become TURBO CHARGED for the duration of the campaign!

Folks who back these TURBO CHARGED tiers will have the chance to receive EXTRA GOODIES randomly selected by BRIAN PULIDO to ELECTRIFY your Kickstarter pledge!

Sound good? LET’S GET READY TO RUMBLE with the first of our TURBO CHARGED tiers for the Nightmare Symphony campaign!

To start, we have chosen 3 reward tiers that will now receive a FREE RANDOMLY SELECTED BONUS BOOK from Coffin Comics (a $25 value)! 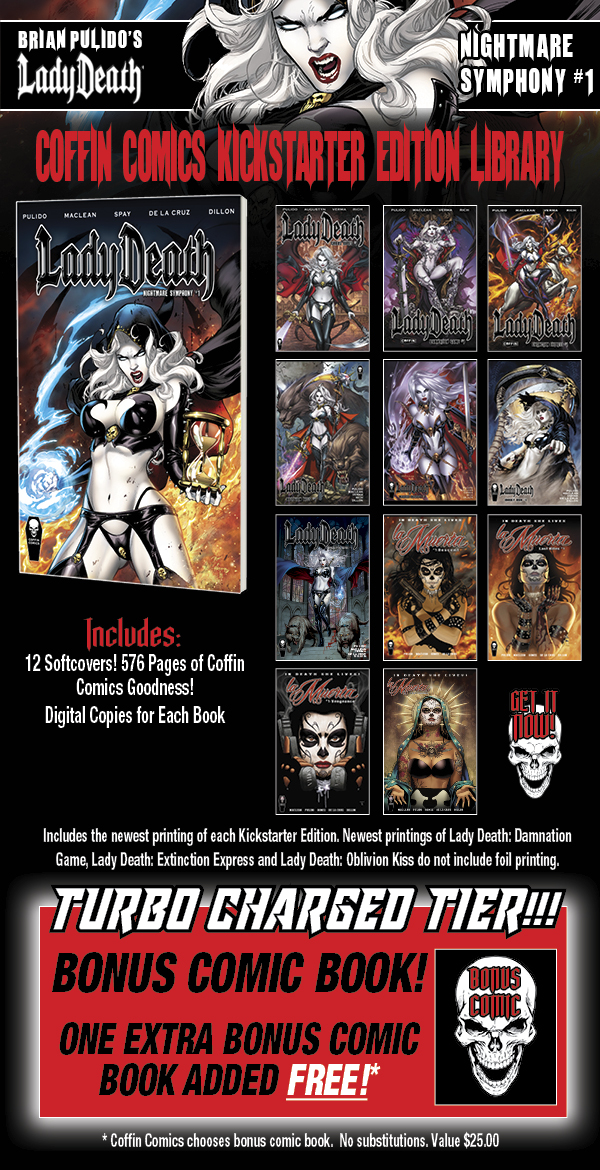 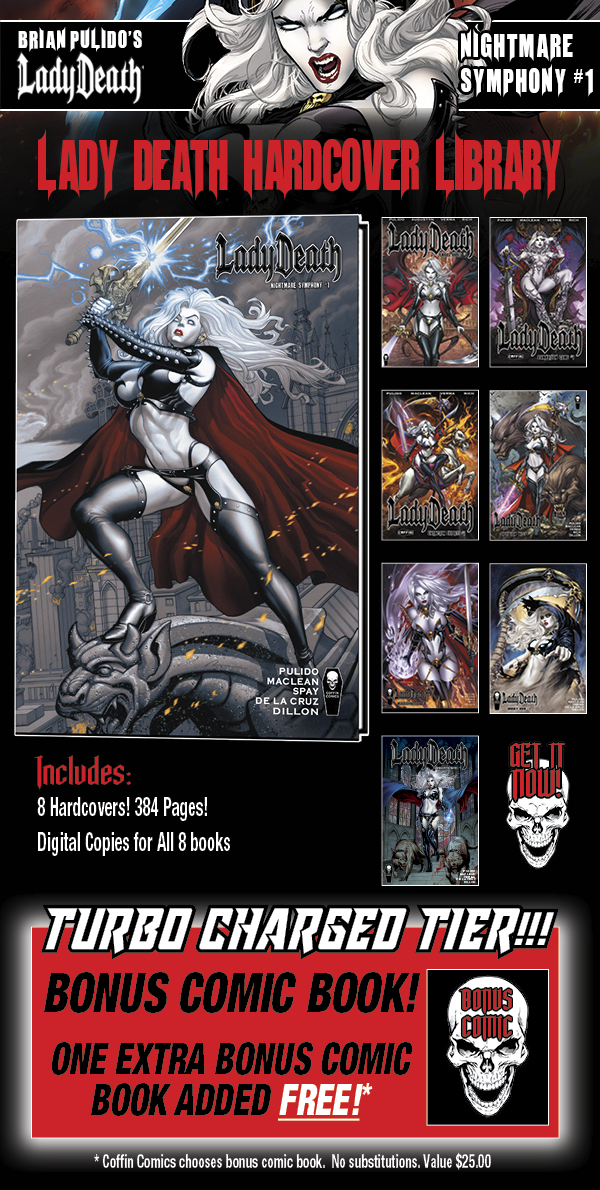 ALL BACKERS pledged towards one of the above reward tiers (you’re also eligible if you added on through over-pledging) will now get ONE EXTRA BONUS COMIC BOOK ADDED FREE!

THE BATTLE ISN’T OVER YET!

Stay tuned for announcements for newly TURBO CHARGED reward tiers over the course of the Nightmare Symphony campaign — this is just the beginning!

And as always, we thank everyone for their generous support of Nightmare Symphony! If you know someone that may dig our stuff, enlist them into our horde!