We are hard at work on our next BIG PROJECT!

We have all-new fun stuff that we’ve never done before to present to you!

Some crazy promotions and crazy excitement!

Plus five artists of note that have NEVER done a Lady Death cover before! Including a personal favorite of Brian Pulido who form and informed Brian’s love of comics, particularly in the ’80s. 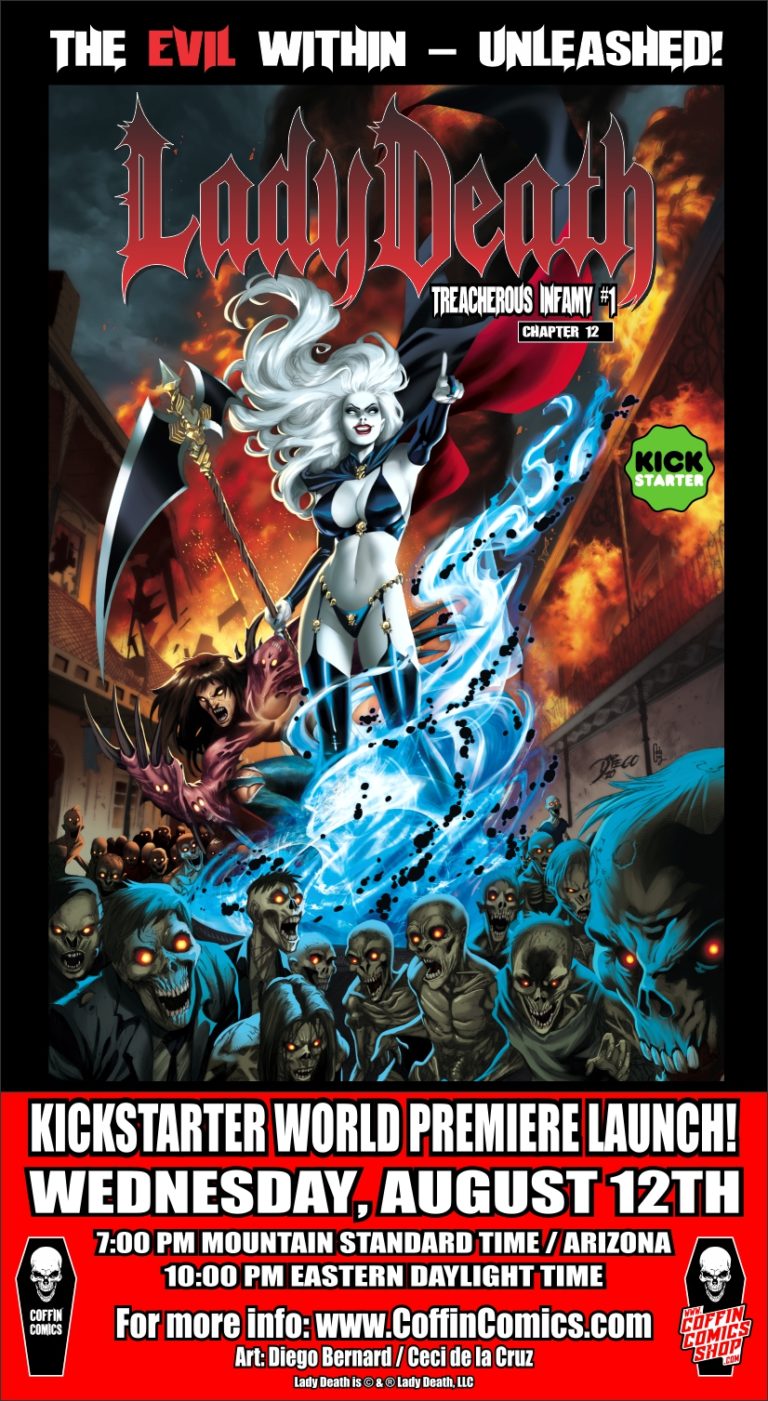 Giving into to her sinister appetites, LADY DEATH has resumed a long-forgotten
obsession—the extinction of humanity. To satisfy her bloodlust, she enslaves the
innocent Johnny Devlin and unleashes a devilish power hidden within his soul.

Together, with the aid of the seductive hoodoo queen MADAME MIDNIGHT, they
raise an unholy, undead horde. Soon, New Orleans’ raucous Mardi Gras parade gets some very deadly party crashers.

But the annihilation of New Orleans will not quench her thirst for bloody chaos. With the very world at stake, a desperate race against time commences. As the avenging vigilante LA MUERTA and a mysterious DEMON HUNTER MUUAJI fight to protect the innocent.

But is it too late? Has wickedness forever corrupted our avenging warrior witch?

Meanwhile, in a dark corner of the world, a horrible evil has risen, spreading madness and savagery in his wake. Searching for his dead brides, INSURRECTUS threatens to amass a terrifying power to rival anything the world has ever seen. AND – The return of ATROCITY – the mother of abomination!    💀💀💀

Text SWORN to 484848 to get breaking sales alerts direct to your phone!