Get ready for the only creative team that can bring you Hellwitch VS Lady Death: Wargasm #1!!!! 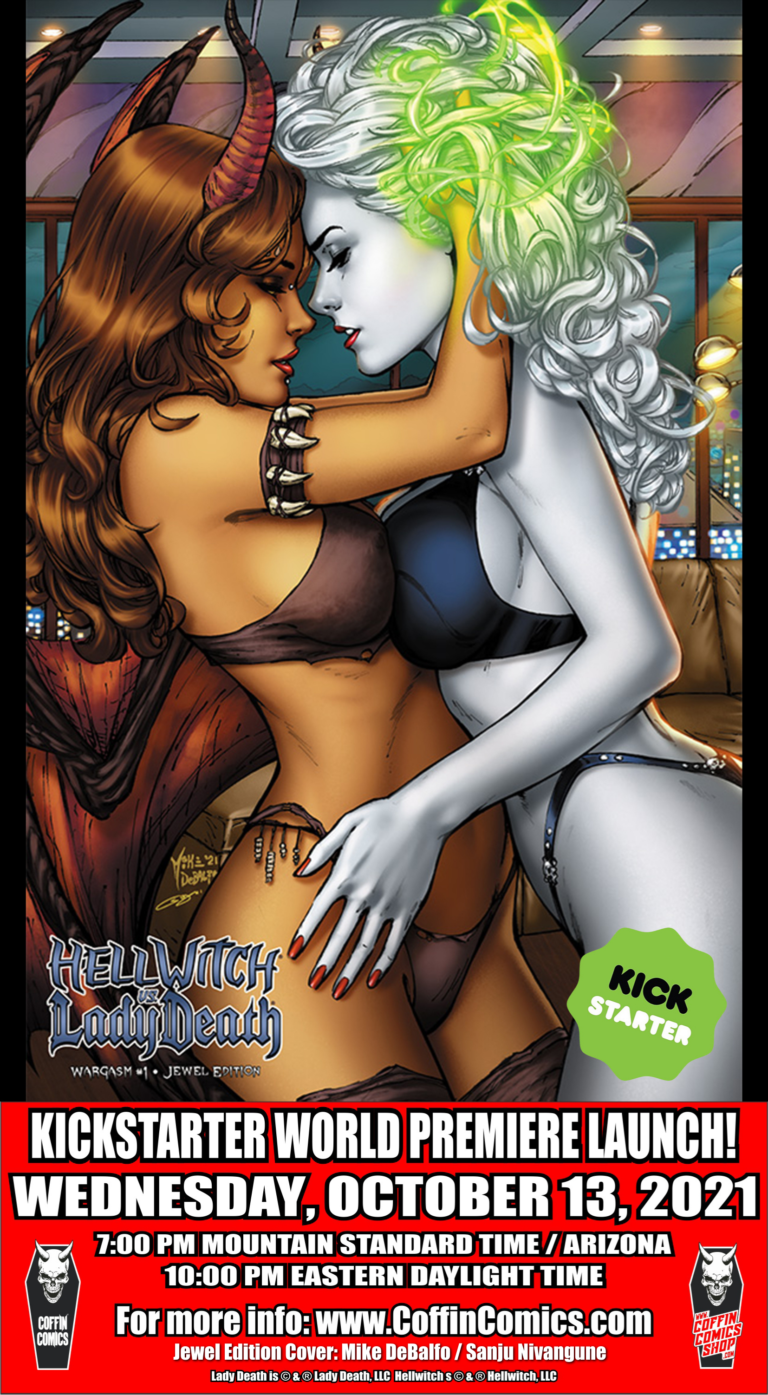 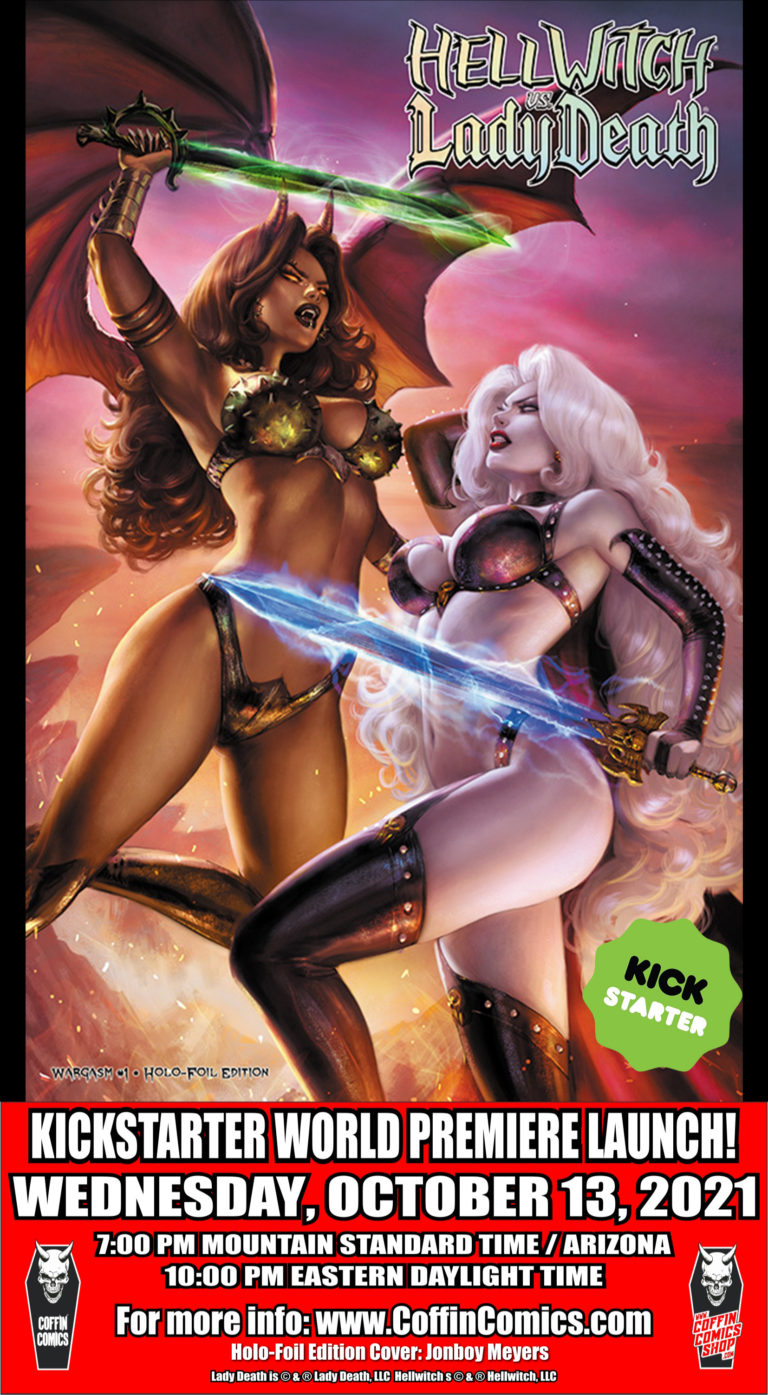 ROUND ONE went to LADY DEATH after she dropped Hellwitch into a vat of flesh-eating toxic waste.(Lady Death: Damnation Game #1)

Now, bear witness to their outrageously brutal third and FINAL ROUND set in Sin City itself, Las Vegas!

For months, Hellwitch weaved a twisted plot to first seduce Lady Death with forbidden lust, then snare her into a lethal confrontation.

But Lady Death is no one’s prey.

Who will reign supreme in one of the most savage, action-packed slugfests in comic book history?

Find out in Hellwitch vs. Lady Death” WARGASM! 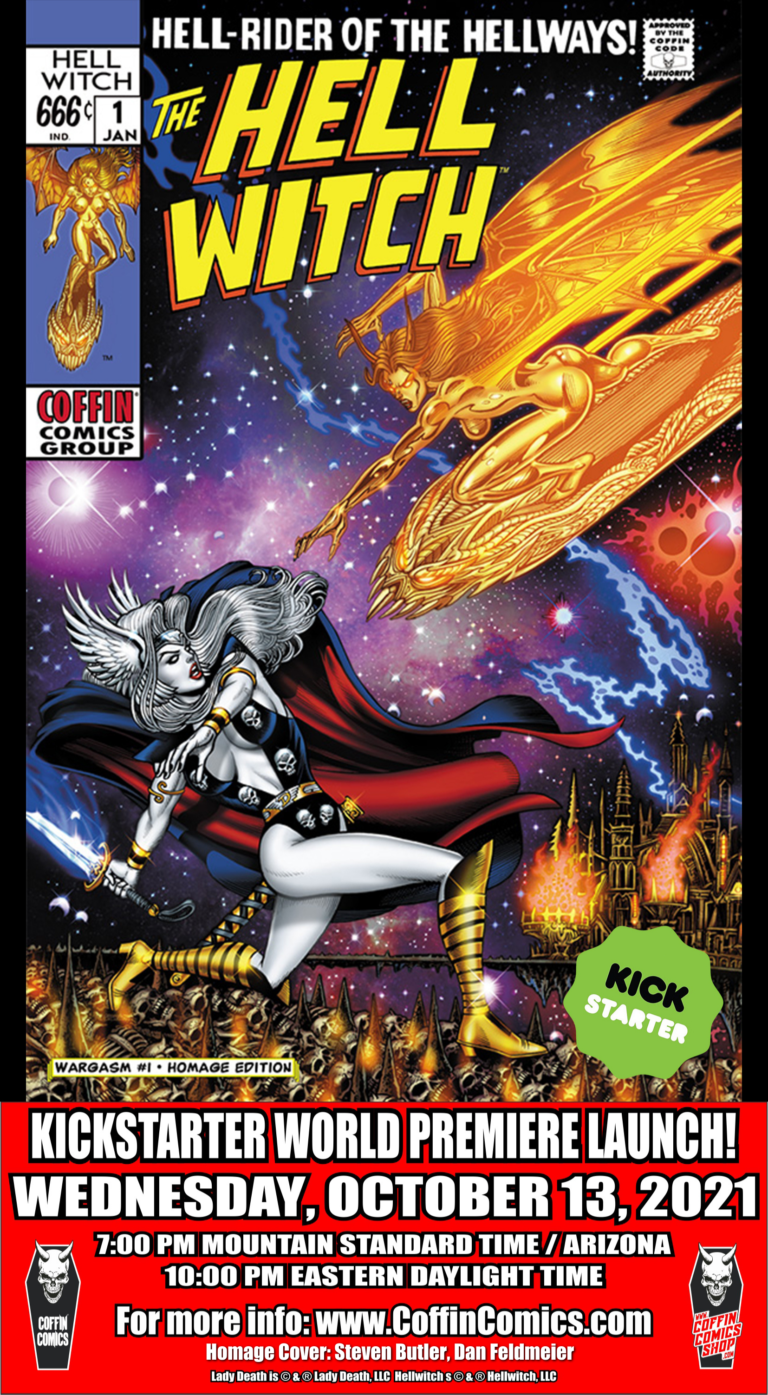 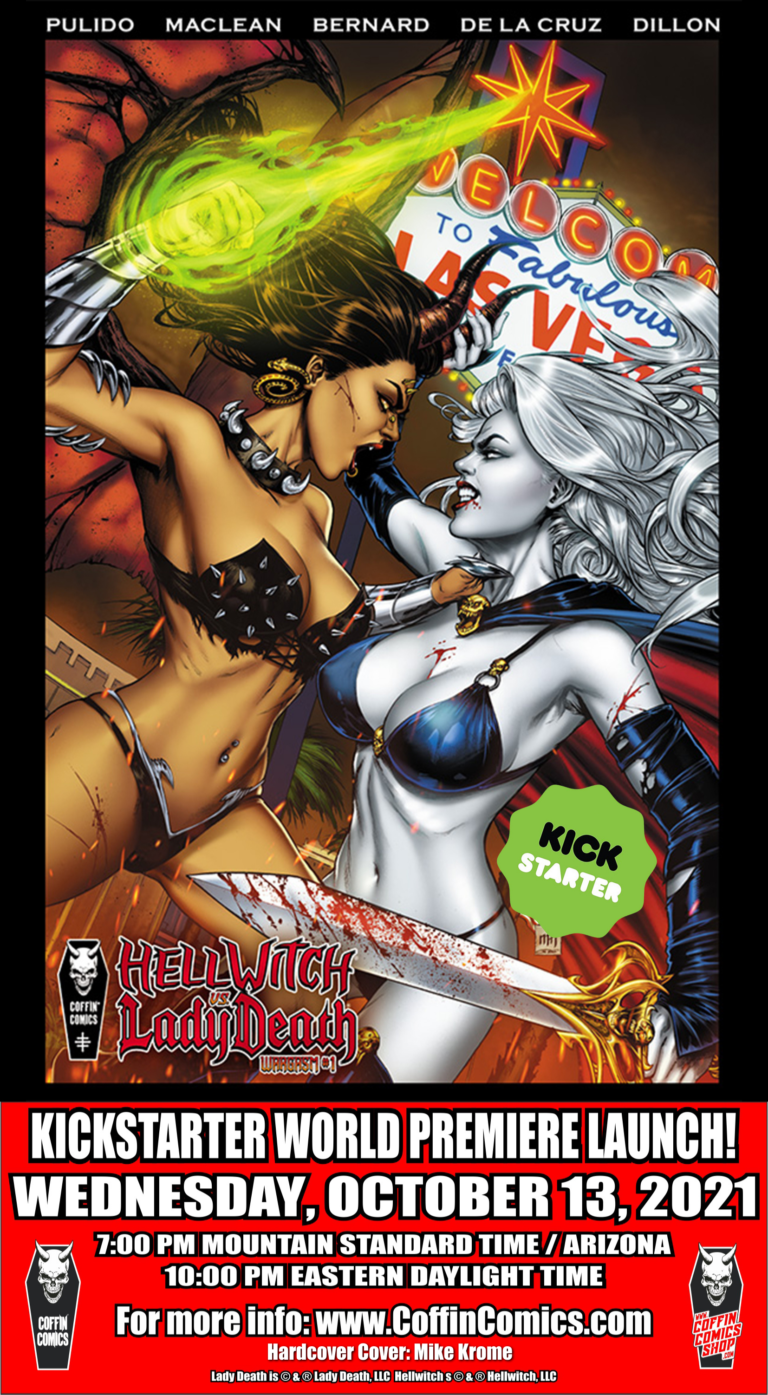 Prepare to have a WARGASM!!!!