More details to come! We can’t wait to see you! 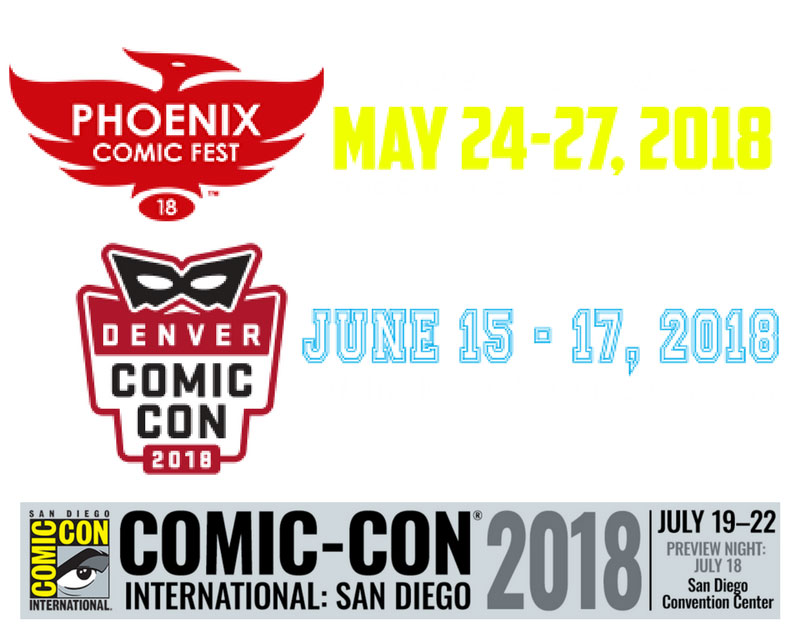 La Muerta #1: Retribution — an all new 48 page graphic novel that concludes the dark saga we began with La Muerta #1: Vengeance! Once more, Santa Muerte, the saint of death, calls upon Maria to be an instrument of vengeance. And again Maria heeds the call, donning the guise of La Muerta. 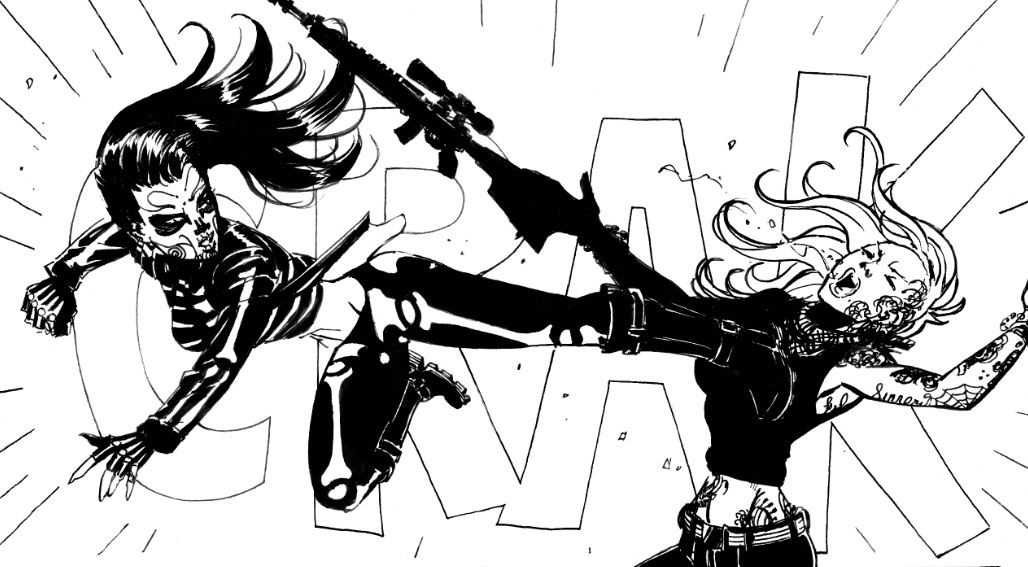 La Muerta (Maria Diaz): To avenge her family, war-weary veteran Maria Diaz became the skull-faced vigilante known as La Muerta. Maria thought her days of bloodshed were over once she sent the murders to Hell. Then Santa Muerte—the patron Saint of Death—came calling. Now, La Muerta must protect the most innocent of victims from an unspeakable horror. Can she once again cheat Death? Brujo: A practitioner of arcane arts, Brujo sold his soul to possess the darkest of magic. He will stop at nothing to fulfill his insidious schemes, including summoning a murderous supernatural entity. Brujo’s first meeting with La Muerta cost him an eye. Now, the barrio sorcerer vows bloody vengeance at any cost.

The La Muerta #1: Retribution Kickstarter launches on Wednesday, May 9 at 7:00PM Arizona Time. Don’t miss it!

You made this Kickstarter the BIGGEST on yet! So that means it’s the BIGGEST one to prep! We love working hard for folks and we can’t wait to get all of those these books and stretch goals into your hands! Stay tuned as the work (Hey, who are we kidding? This is fun!) continues! 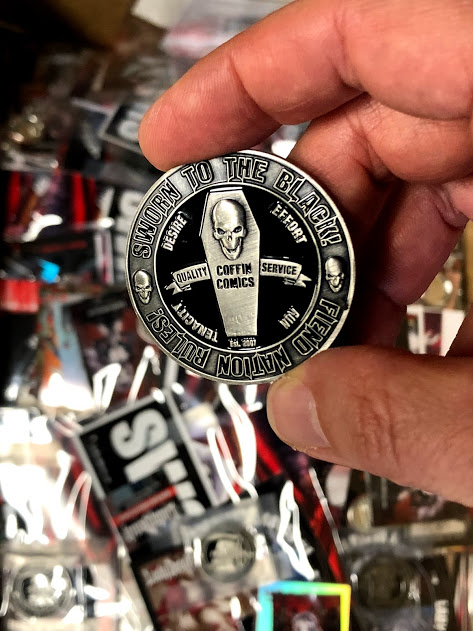 FRIDAY THE 13TH “MONSTER MANIA” LAUNCHES THIS FRIDAY! BE AFRAID…VERY AFRAID!
THIS FRIDAY WE ARE SCREAMING FOR VENGEANCE!