Are you dying for more juicy details about LADY DEATH: CATACLYSMIC MAJESTY #1 (CHAPTER 13), which is launching on Kickstarter on February 17th at 7:00 PM MST (9:00 PM EST)?

So I sat down with Lady Death co-writer Mike MacLean to see what more he could reveal!!! 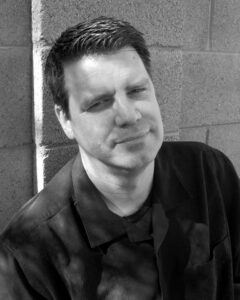 Jimmy Coffin: The reviews are in, and Treacherous Infamy was a hit with the Fiends! Everyone is chomping at the bit for the next story, Cataclysmic Majesty! What can you tell us about it?

Mike MacLean: Brian and I planted hints about Insurrectus, even before his first appearance in Lady Death: Blasphemy Anthem. In Cataclysmic Majesty, Insurrectus’ nefarious plan is finally exposed. His monstrous horde of offspring, the Progeny, are born to wreak havoc on the world. And let me tell you, their birth is about as graphic and terrifying as you can imagine.  Even members of the Sworn fail to stand against them, as one by one, our heroes become their prey. JC: How much death and destruction can we expect from the Progeny of
Insurrectus?

MM: Quickly, savagely, and remorselessly the Progeny spread terror around the entire world. They systematically hunt and savagely attack every member of the Sworn. If supernaturally enhanced superbeings can’t stand defeat them, what chance do the rest of us have? 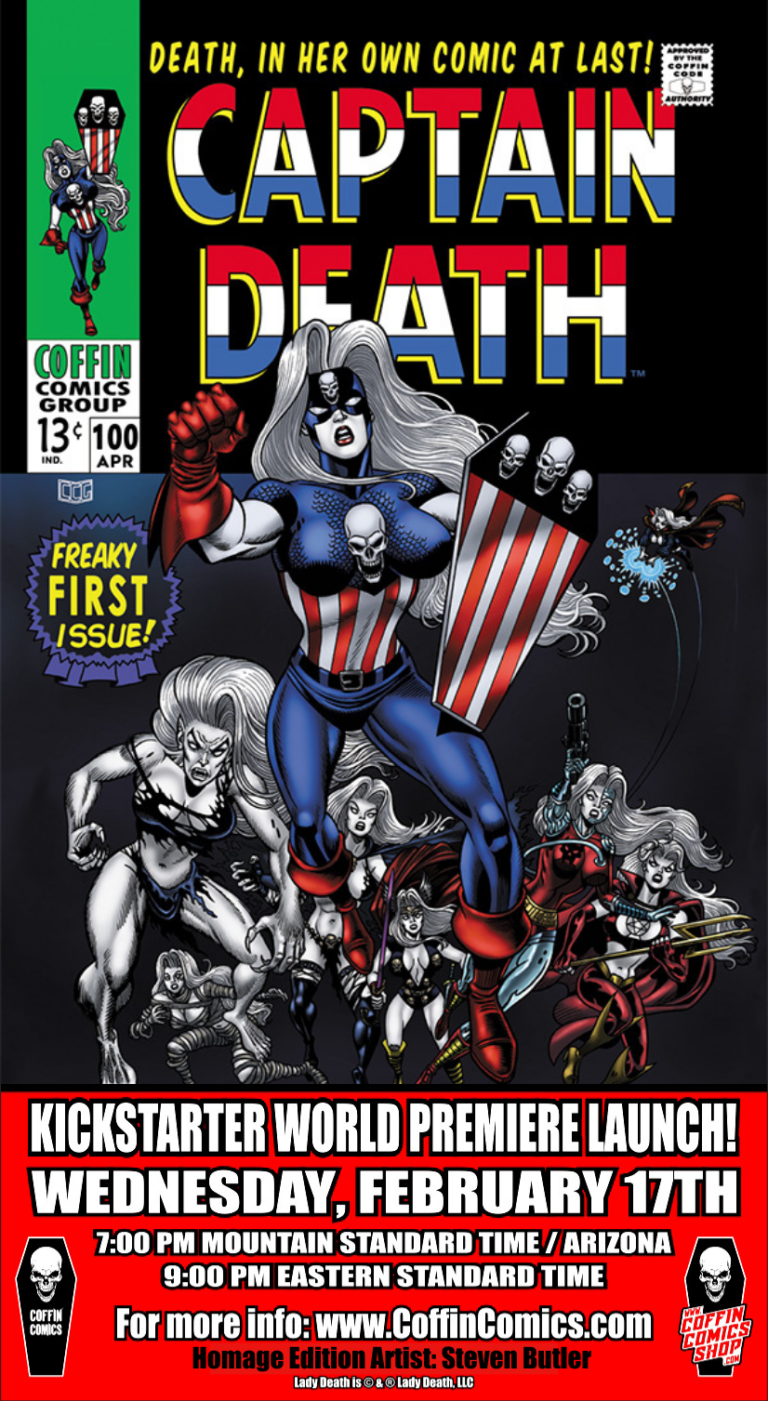 JC:  Brian Pulido teased us that this story will feature “Evil” Lady Death
vs. Hope! What does this mean?!

MM: I’ll remind readers that Lady Death is a woman tempted by her own wicked impulses. With the help of the mysterious Mr. Marrow she will face off against her dark side—quite literally. In a sense, it’s a battle for the very soul of Lady Death! JC: What can you tell us about this wild new character Mad Mike Morgue?

MM: Mad Mike is a cross between Devilock and Zack the Zombie Exterminator. Like Devilock, he’s an innocent man with immense power (his KILL FISTS!) relentlessly hunted by a shadowy organization that tortured him. But like Zack, he’s a salt-of-the-earth metalhead, only Mike hails from Chicago instead of the suburbs. He’s got a good heart but also loves a good scrap. 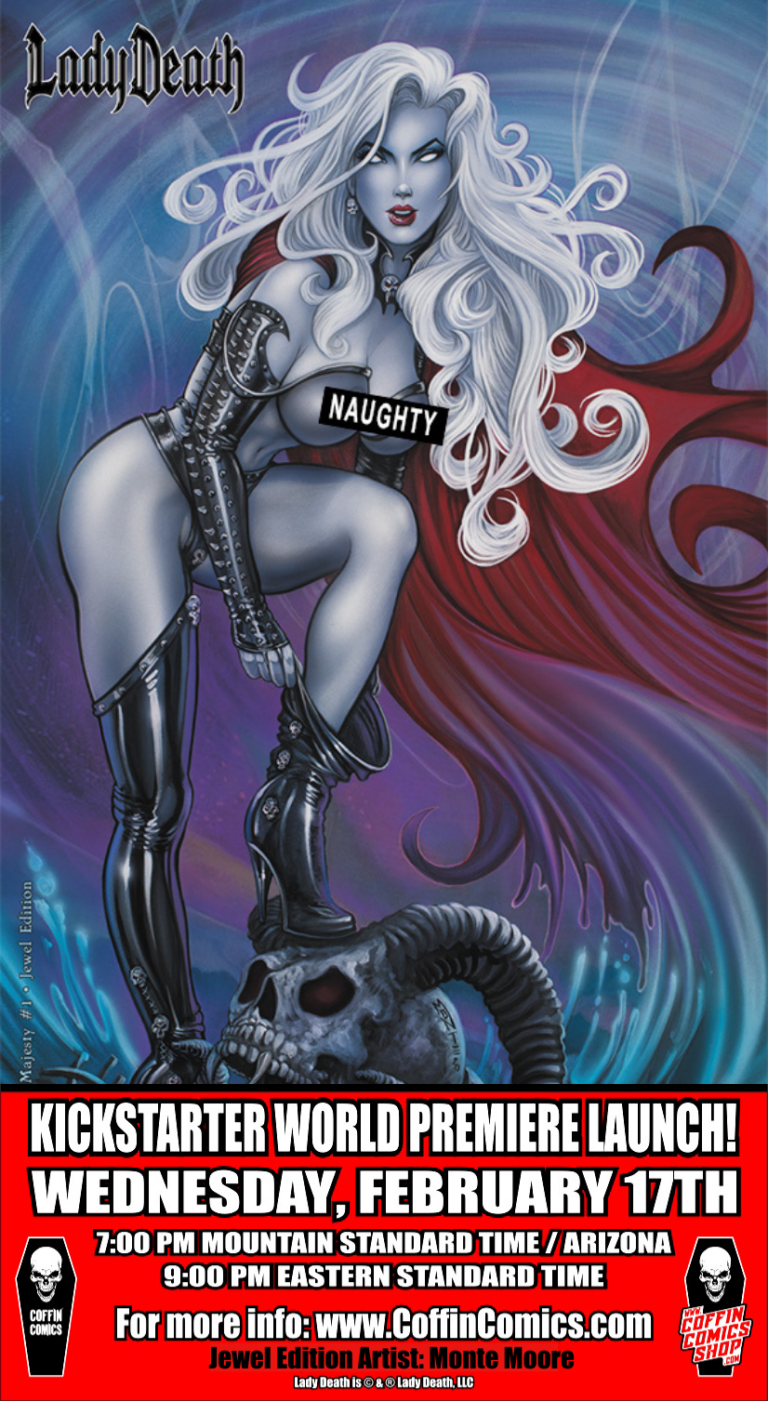 JC: Why should someone new to Kickstarter back this new Lady Death
Kickstarter?

MM: I say this with zero exaggeration, NOBODY creates a more exciting crowdfunding campaign than Brian Pulido and the Coffin Crew. Back this Kickstarter, and you’ll get a wicked story, incredible art by Diego Bernard and Ceci de la Cruz, a bajillion free bonuses (yeah, that’s a word), and your choice of badass covers by the top talent in comics. Plus, the crew will work their asses off to get you your books as soon as humanly possible in pristine condition. Like Brian Pulido says, “All the work is done. We just need to hit print.” JC: Do you have anything else you’d like to add for the Fiends and Sworn
Nation?

MM: We couldn’t create these stories without you, and for that I’m eternally grateful. SWORN! 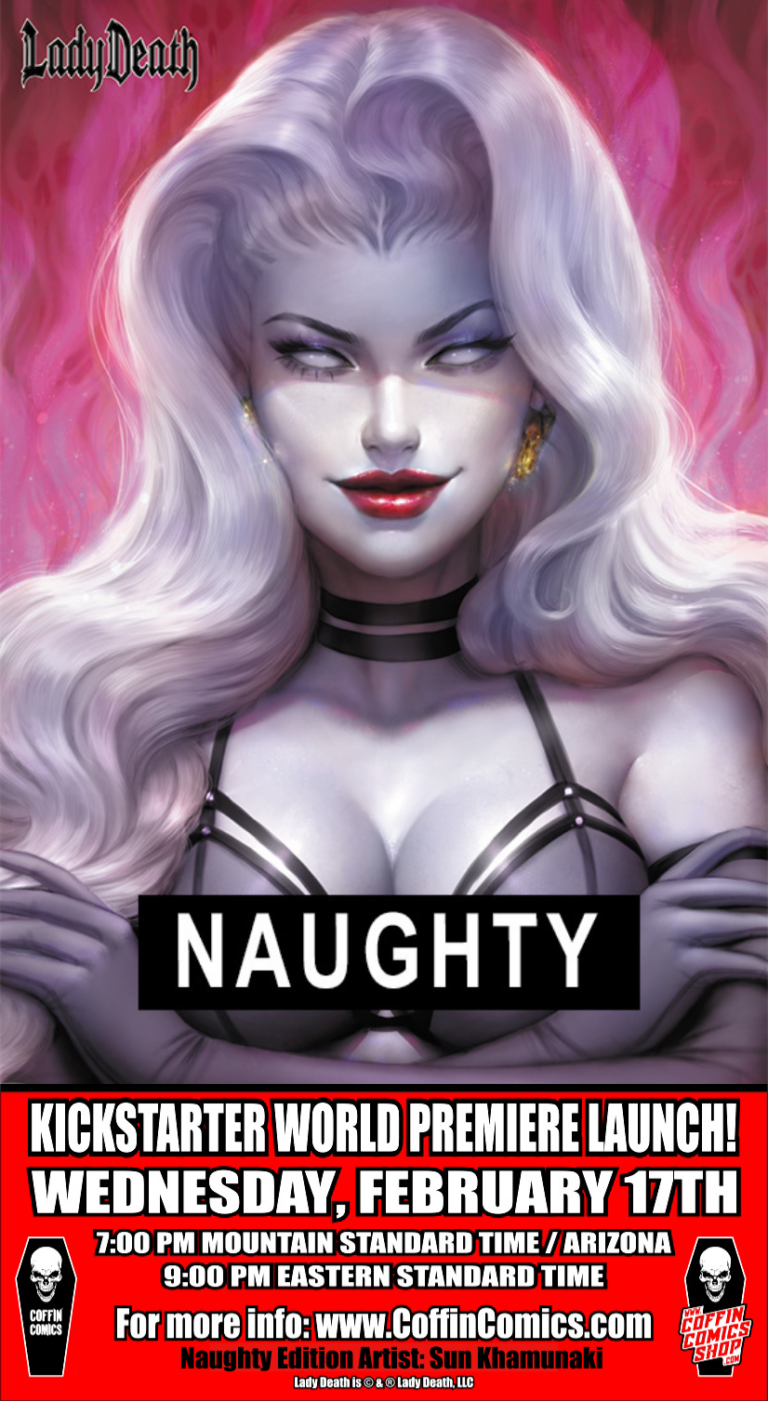 In only 3 weeks, we kick off DEATHOCALYPSE by launching LADY DEATH: CATACLYSMIC MAJESTY #1 on Kickstarter Wednesday, February 17 at 7:00PM MST / 9:00PM EST!

DEATHOCALYPSE is the year-long companywide event, culminating with HELLWITCH vs. LADY DEATH: WARGASM #1!

It’s about to get CATACLYSMIC!