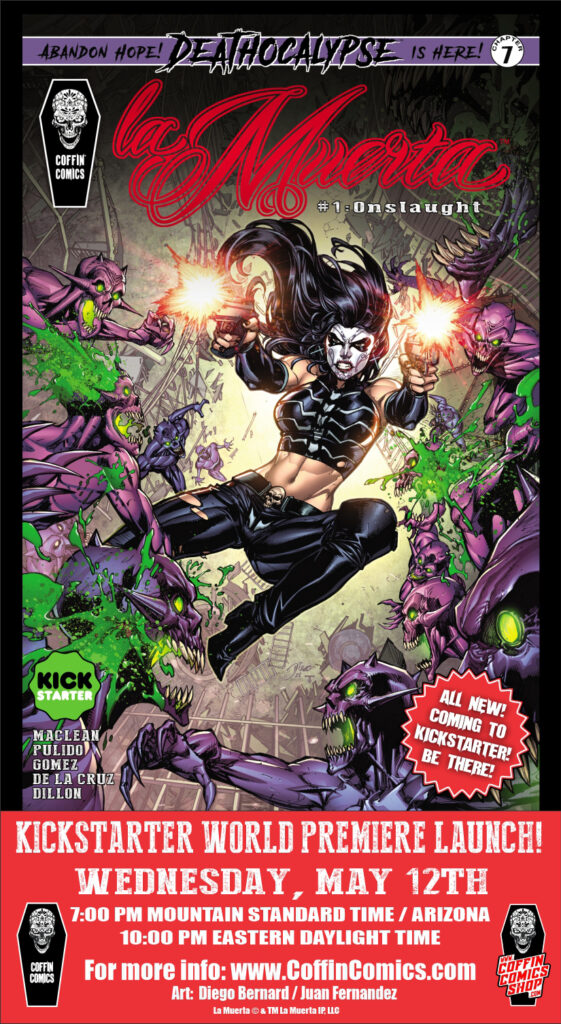 La Muerta is BACK!!!

This seventh chapter in La Muerta is brought to you by the unstoppable Coffin Team of:

The night of TEN THOUSAND BULLETS!

If anyone needed a little peace and quiet, it’s combat veteran Maria Diaz, aka LA MUERTA, the avenging angel of the streets. It’s too bad a gang of murderous psychos have other plans for her.

Invading the secret lair of Loco, Maria’s luchador ally, the killers seek bloody payback for their fallen brothers. The savage violence that erupts is only a hint of the brutality to come.

The god-like, extinction level villain, Insurrectus, has tasked his demonic progeny to scour the earth and assassinate those with supernatural powers willing to defend the innocent – which brings them on a collision course with La Muerta and her allies!

But if the Progeny think this lowly band of humans will be easy prey, they’re dead wrong.

Enemies become allies. The unthinkable becomes possible and revealed: La Muerta as you’ve never seen her before – in this critical Deathocalypse crossover tie in!

And – a special appearance by the one and only Lady Death!

As part of the campaign, we will be including: 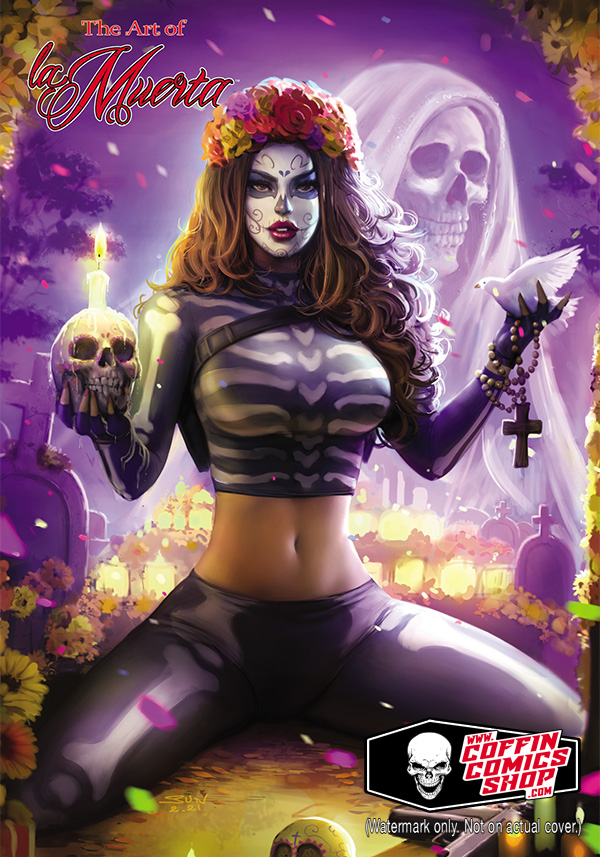 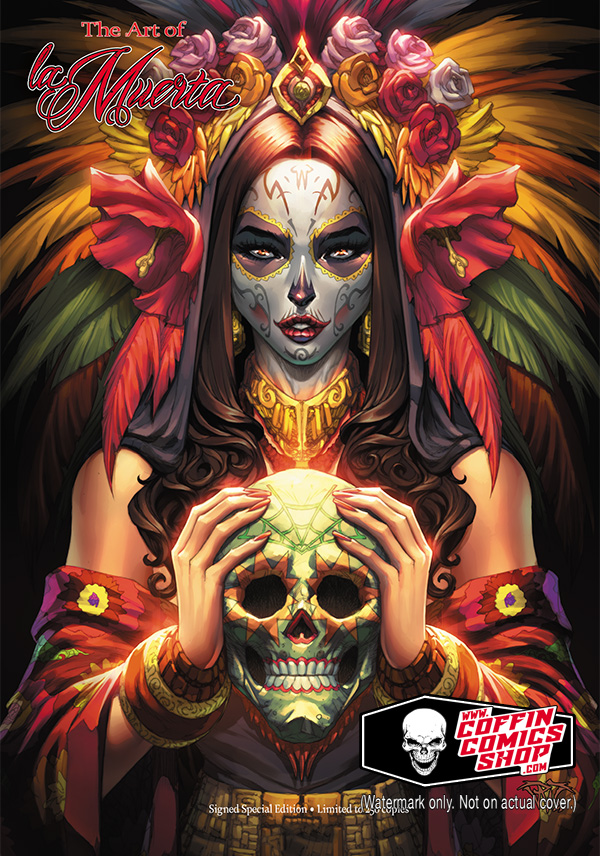 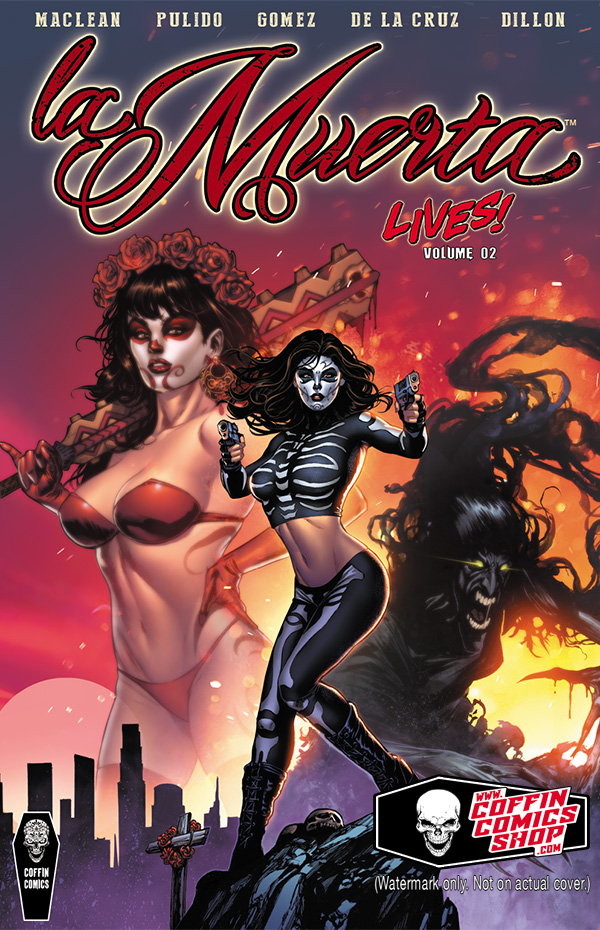 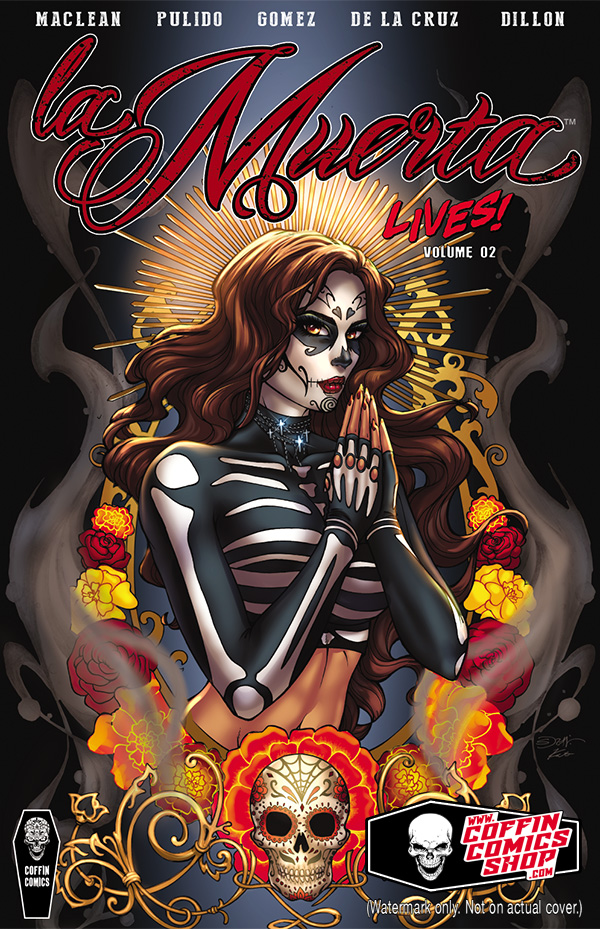 More details on these to come!!! DEATHOCALYPSE continues with LA MUERTA #1: ONSLAUGHT (CH 7) on Kickstarter this May 2021!!!